Sign to close the 4 remaining fur farms in France

They are better guarded, some are having work done on them – indicating that fur farms are not going to vanish totally from France tomorrow – but the horror in the cages remains.
There are fewer mink in the ‘fur farm of horrors’ in Eure-et-Loir: not all the cages are occupied and there is no longer any overcrowding. But the air in them continues to be unbreathable and the droppings still pile up like stalagmites, and as for the poor mink …
We are asking that they be shut down before the end of the year by ministerial decree and for the worst of the four, the one in Eure-et-Loir, to be shut down immediately! We are submitting an additional complaint relating to ‘the fur farm of horrors’.

Fur farms in France: the horror that never ends

In 2017 we revealed images of six of the 11 mink farms still in operation in France. We showed the full horror: tiny wire-mesh cages that injure paws, the absence of water even though mink feed while swimming, overcrowded cages leading to fights and injuries. No checks on waste discharge despite these establishments supposedly being regulated (because of their impact on the environment), with harmful consequences for nature and biodiversity. The following year the French animal-rights organization L214 revealed new images of one of them, which has since closed.

In 2019, in the midst of discussions with the ministry on this matter, we released images of four of the five fur farms still operating. We showed stomach-churning images of cannibalism, of mummified corpses, of dozens of babies dying or in agony in the worst of the farms in France, the one in Eure-et-Loir. In response the authorities and the couple running the farm announced that there had been a sudden outbreak of disease, which was of course “exceptional” and obviously had ended!

« There are still four mink farms in France – 4! The Netherlands have decided to shut down 160 and Finland is considering doing likewise in the case of its 700 fur farms. In France, despite meeting after meeting, nothing, absolutely nothing is happening. And during this time, in Eure-et-Loir, mink, still alive but with putrefying flesh, drag themselves over the wire-mesh floor of their cages to reach a few drops of water »
Muriel Arnal
One Voice Founding President

Mink farms, premises that are little documented yet subject to epidemics

However everywhere in the world mink exhibit injuries and infections, which are little studied and yet recur and are similar on all fur farms.

More than a million mink have also been affected by Covid19 in Europe alone, slaughtered on farms in the Netherlands, Spain and Denmark for the simple reason that humans exploit them and subject them to prison conditions conducive to the spread of this type of scourge.

Meetings with the relevant authorities at all levels

At the end of 2019 a round table in Brussels organized by MEPs provided the opportunity to show images of this ‘worst fur farm in Europe’ to representatives of furriers and to have discussions with them and the MEPs.

When lockdown ended we arranged a meeting with a representative of the National Association of Veterinary Surgeons following a statement from the Federation of Veterinarians of Europe and announcements from Irish and Bulgarian vets. We are still waiting for the measures announced by the Ministry of Ecology following the meetings on wildlife held in captivity to be taken.

August 2020 – a new investigation, an additional complaint and requests for close-down!

This Summer there are only four fur farms still in operation. Many of the cages are empty or contain only one mink, in particular at Montarlot-lès-Rioz and, in Eure-et-Loir, at Champrond-en-Gâtine. But everywhere there are mutilated mink: eyes, teeth, tails, paralysed and necrotic legs, skin diseases … And piles of droppings, causing real and lasting soil pollution.

France is way behind its neighbours; the people are waiting for change!

Since 2017 we have been urging the Ministry of Ecology to publish a decree shutting down all the mink farms in France. This year how will the State justify its failure to act when many countries in Europe have introduced legislation?

The last fur farm in Bosnia-Herzegovina closed in July, the Netherlands will have shut down its 160 fur farms by April 2021 and Finland is also planning to shut down its 700+ fur farms once and for all!

In France more than half a million people have already signed the referendum for the animals, one of the measures of which relates to fur farms! The French people are with us: 77% of them are in favour of a ban on farming animals for their fur.

We are asking for the ‘fur farm of horrors’ in Eure-et-Loir to be shut down immediately, submitting an additional complaint, and also demanding a decree providing for the dismantling of the other three farms by the end of 2020.

Sign our petition to save thousands of mink! Year by year French fur farms are closing down solely because of such pressure and the reaction to the images that have been published.

The waiting has lasted long enough: we want action now. Let no-one tell us that it’s complicated: there are only four of them!

« As a veterinarian I am appalled by what I've seen from these French fur farms, it runs counter to everything I know about animal welfare, from keeping wild species like mink in small battery cages, to the insanitary conditions and the very obvious stereotypies which are likely to be the result of mental distress, the brain's way of coping with a deprived and inadequate environment. The mink with necrotic hind quarters is really shocking because for an animal to get to that state, it will have been left untreated for at least several days. It looks like both hind legs, the pelvic region and caudal abdomen are affected, and the legs are clearly paralysed which also appears to impede its ability to get to food or water. It is likely this happened with an injury of some sort, and from the point this occurred, the animal would have been in intense pain, as well as no doubt being psychologically traumatised if this was injury from an attack, which is one plausible explanation. This animal should have been separated and treated immediately that the initial injury occurred, but that has clearly not happened and it has been left to get in a state where now it requires immediate euthanasia. »
Professor Alastair Macmillan
Veterinary advisor to Humane Society International

As of August 2020 there are still four mink farms operating in France and One Voice has just revealed images of them.

In 2019 images were published of four of the five still operating at the time, including the one in Eure-et-Loir.  On that farm in particular the cages were crammed with dying mink, adults and new-borns, crawling around the corpses, often torn to pieces, sometimes mummified, of their fellows.  The association had seen nothing like it in more than twenty years.  Its partners in the Fur Free Alliance, an international coalition of which it is the representative in France, are adamant:  that farm was one of the worst in Europe!

Faced with those dramatic and stomach-churning images the authorities took the side of the farmer and claimed that there had been a sudden epidemic.

How can they this time explain away the partly putrefied but still living mink filmed crawling around the wire mesh of their cages, under which lie heaps of excrement?  Fur farms are hell on earth for the animals and a disaster for the environment!  The time for discussion and waiting is over.

We the undersigned join with One Voice to demand the immediate closure of this fur farm in Eure-et-Loir and a decree ordering the dismantling of the other three by the end of the year, with the State taking over responsibility for the care of the surviving animals.

The time has come to act, not waste any more words. 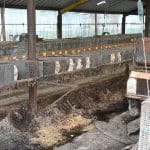 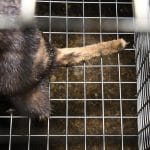 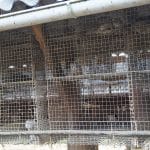 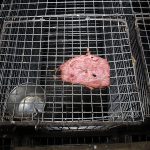 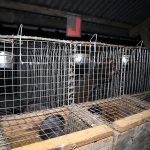 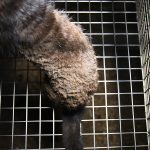 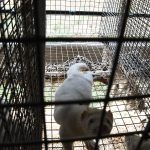 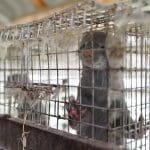 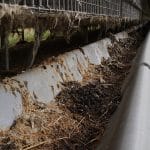 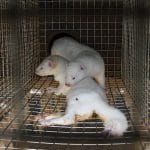 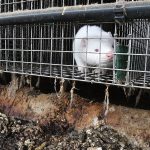 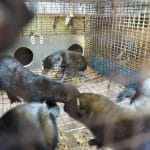 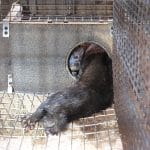 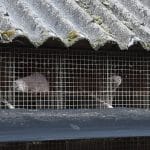 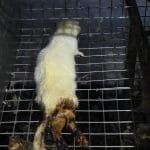 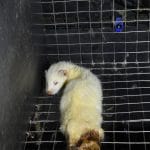 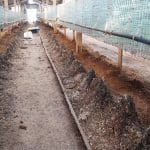 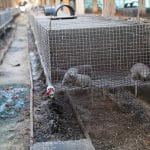 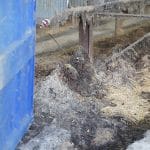 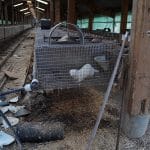 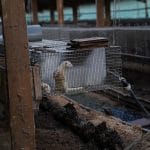 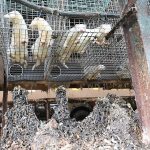 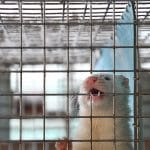 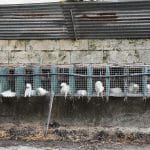 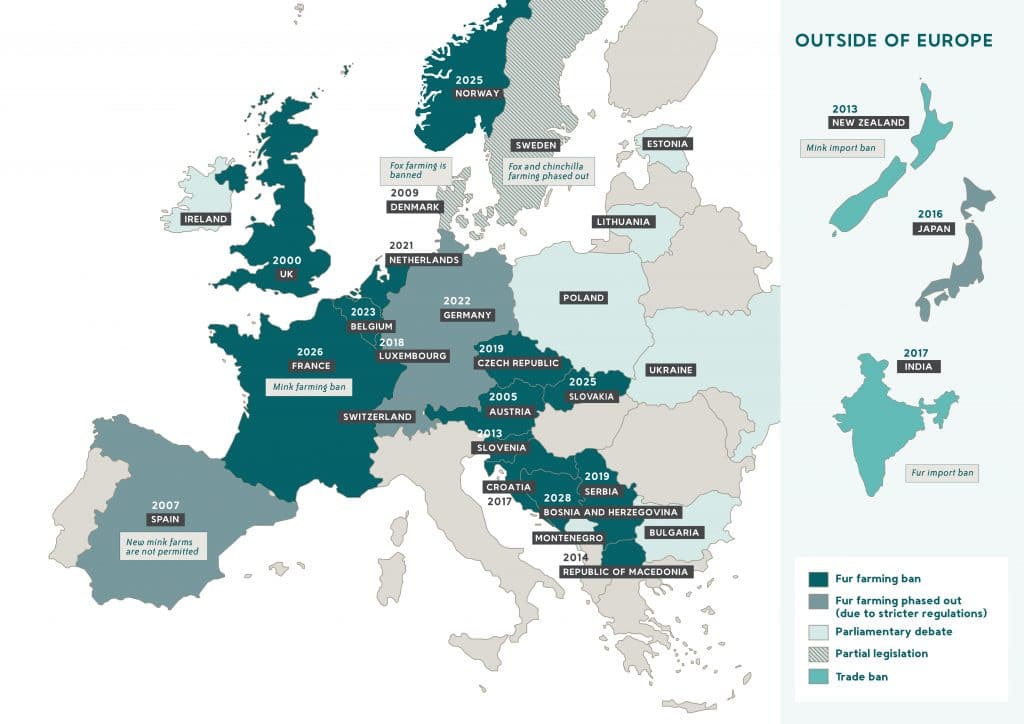 Mentions légales - Gestion des données personnelles
Scroll to top
Partagez
Partagez
We use cookies on our website to give you the most relevant experience by remembering your preferences and repeat visits. By clicking “Accept”, you consent to the use of ALL the cookies. However you may visit Cookie Settings to provide a controlled consent.
Cookie settingsACCEPTER
Manage consent